Around 6:00 p.m. on Saturday, February 6, 2016, PCSO deputies arrested 51-year-old Anthony Stanciu of Lake Daisy Drive in unincorporated Winter Haven for one count DUI after he crashed into a mailbox heading home from the Lake Wales Mardi Gras parade. Stanciu told deputies he is a mathematics teacher at Bartow High School.

According to a PCSO affidavit, Stanciu’s vehicle hit a concrete mailbox at 62 Lake Daisy Blvd. Stanciu was observed by responding deputies with slurred speech, and deputies could smell the impurities of an alcoholic beverage coming from the vehicle. Stanciu told deputies he drank three beers at the Lake Wales Mardi Gras parade, and was heading home when he crashed into the mailbox.

Stanciu was booked into the Polk County Jail, and later released after posting $500 bond 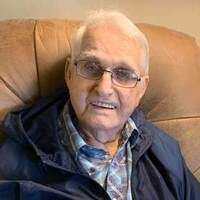