“On 03/10/2016 at approximately 7:37 a.m. Polk County Deputies responded to
Combee Rd North in Lakeland, in reference to a suspicious vehicle parked in the reportee’s yard. Deputies made contact with a white male later identified as Tad Ray Whitworth, 02/12/1966. Mr. Whitworth was seated inside the vehicle acting agitated and rocking back and forth, stating he did not want to go back to jail. Mr. Whitworth refused to exit the vehicle. Deputies attempted to make entry into the vehicle, at which time he fled the scene in the vehicle. The deputies on scene pursued the vehicle north on Combee Rd. The vehicle is described as a 2001 Chevy Silverado 1500.

Mr. Whitworth traveled at a high rate a speed attempting to elude marked patrol cars with their emergency lights and sirens activated for approximately 14.5 miles.   Mr. Whitworth drove through the front gate of a residence near S.R 33/Commonwealth Ave North and Deen Still Rd in Polk City. Mr. Whitworth then drove west around the residence. Deputies arrived on scene and blocked the entrance/exit to the residence. Mr. Whitworth, still attempting to evade law enforcement, drove back east through the pasture. Mr. Whitworth intentionally drove his vehicle through a fence, ditch, and struck a vehicle parked on the side of the roadway occupied by four people (the vehicle was pulled over, yielding to law enforcement vehicles). The suspect’s actions were intentional and committed while in the act of committing a felony.

The victim’s truck, a 2013 White Ford F250, suffered minor damage to the front passenger side bumper and fender. The damage is estimated in excess of $1000.00. The victims were not injured but were jolted and moved about inside the vehicle due to the suspect intentionally striking them with his vehicle.

The suspect then fled south bound on S.R 33 until he exited the roadway and intentionally drove through numerous fences and private property. The suspect eventually made his way to Campbell Rd where he was taken into custody.

The suspect intentionally used his vehicle during the commission of a felony to strike the aforementioned truck occupied by the four victims. The suspect is currently out on bond for animal cruelty.”

Thanks to an anonymous Crime Stoppers tip, 49-year-old Tad Whitworth, who has a Polk County Warrant for his arrest for two counts Felony Animal Cruelty for beating two dogs with a sledgehammer, was taken into custody peacefully earlier this afternoon at a residence on Lake Kotsa Drive east of Lake Wales.

We appreciate your interest in this case. As previously reported, the two dogs are now in the care of the SPCA of Lakeland. There is no additional information to release on this investigation. 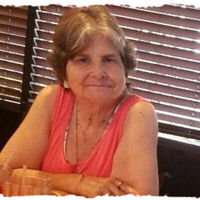