22 Year-Old Adam Timothy Tharp (606 32nd St NW, Winter Haven) was taken into custody Thursday night after a tip was received following the numrous media reports. Thank you to all who assisted in releasing this information quickly as this arrest was a direct result of those efforts.

Winter Haven Police are asking for the public’s help in identifying a man who exposed himself to a young girl at the Winter Haven Library.
On 5-10-16 at approximately 4:10 p.m., the seven year-old female and her mother were at the Winter Haven Public Library (325 Ave. A, NW, Winter Haven) in the children’s section. The child and mother were sitting at a table when the mother got up and walked to another area while the child continued to read a book. There were multiple patrons in this section, but not in the direct area of the suspect or the child for any length of time. The mother did not see the suspect prior to getting up from the table.
As the mother walked away, the child heard a sound like someone trying to whisper to get her attention. When she looked up between two rows of books, in the area of where the sound was coming from, there was a white male sitting on the floor. The moment she looked towards the sound, the suspect pulled his pants down exposing himself to her.  She immediately got up from the table and ran to her mother.
At this point, the suspect got up from the floor and walked out of the library. By the time the mother was able to get the description of the suspect from her daughter, he had already left the library.
After reviewing the video, the suspect had actually been in the library for quite a while in different locations. Just prior to this event, he is seen on video in an adjoining room and appears to be watching the children’s area. After about 30 minutes in this other room, the suspect walks into the Children’s room and that is when he is seen crouching between the rows of books.

Clarification of the video released from the Winter Haven Public Library

Initially, you see the suspect in an adjoining room walking around, pacing. He looks through the doorway into the Children’s area ultimately making his way in. Next view you see his head as he walks between two racks of books, finally kneeling down between two racks and sitting on the floor for approximately 3 minutes.
In the video when you see the call out blur, this is NOT the victim. The suspect was just entering the aisle when this child was walking out.
The victim and her mother were sitting at the table you see in the bottom left corner of the table.
At no time was the victim in camera view, but she was in view of the suspect directly down the aisle.

Anyone with information on the identity of this suspect is asked to call detective Rod Esteve at 863-401-2256. Callers can also contact Heartland Crime Stoppers at 1-800-226-TIPS (8477). Callers can remain anonymous and could be eligible for a CASH reward of up to $3,000. 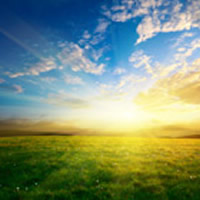