Detroit Tigers Welcomed Back To Lakeland With 74th Annual BBQ

Jeepin With Judd Kicks Up Dirts For Sixth Year

Breaking News: PCSO Is On Scene of a Person Deceased on Train Tracks near Oakview Ave and Dairy Rd in Auburndale
Home Headlines Now Legendary Giant Squid “Kracken” Spotted Off Coast Of Antarctica

Nordic folklore speaks of a massive creature that haunted the icy seas of the North Sea, where it attacked passing vessels with gigantic tentacles.

And conspiracy theorists claims to have spotted this mythical Kraken swimming off the coast of Deception Island near Antarctica.

Using Google Earth, this sea monster appears to be 120m from head to end, with ‘the mid area of a giant squid’.

While some on the internet think it is proof of the existence of the legendary “Kraken” – a giant squid or octopus that attacks whales and ships – others have suggested it might be a boat or a rock formation.

Check out the video for yourself.

THE LEGEND OF THE KRAKEN 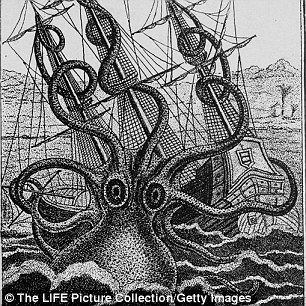 The Kraken would snag ships with it long, very strong tentacles

According to Nordic folklore, the Kraken haunted the seas from Norway through Iceland and all the way to Greenland.

This massive creature would snag ships with its long, very strong tentacles and drag them deep into the ocean – never to be heard from again.

Some sources say it would have been at least 100 feet long and could be mistaken for an island.

The history of this mythical monster dates back to 1180 to Kind Sverre of Norway and sightings have been reported since.

And like most legends the legend of the Kraken started with sightings of a real giant squid, but over time it blew up into a gigantic man eating beast.

The giant squid can reach 18 meters in length and has been rarely seen by humans as it lives in very deep waters.