Lake Wales, Florida – On November 17, 2016 at approximately 7:26am officers from the Lake Wales Police Department responded to a traffic crash near 755 W. Central Ave. Upon arrival officers discovered the crash occurred between two vehicles, an SUV and a motorcycle. Investigating officers were told Andrew Palmer, a 38 year old Winter Haven resident, was driving a 2008 Nissan Rogue westbound on Central Ave. Steven Neill, a 25 year old Winter Haven resident, was driving a 2006 Suzuki motorcycle traveling eastbound on Central Ave. Palmer stated he never saw Neill and he made a left turn to enter the parking lot of the Polk County Health Department. When Palmer made the turn he did so in the path of Neill and Neill collided into the passenger side of Palmer’s vehicle. Neill sustained serious injuries from the crash and was transported to the Lake Wales Medical Center by EMS. Palmer did not sustain any injuries.

The area of Central Ave between SR60 and HWY27 has been closed and traffic has been rerouted since shortly after the crash occurred. This is an ongoing investigation and no charges have been filed at this time. Anyone who witnessed this crash is asked to contact Officer Mary Jerome at (863) 678-4223 extension 521. 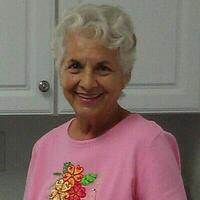