Winter Haven, Florida – Winter Haven Police need the public’s help in identifying an armed robber who terrorized a bank teller today. Clear images of the suspect are seen prior to the robbery.
He entered the bank approximately 10 minutes prior to the robbery in order to survey his target. (Images are extremely clear and the suspect is shown in the bank prior to putting on a disguise.) **Please note we are only able to obtain still images at this time, but they are clear and are good quality for broadcast. ** Any consideration to expedite this alert is appreciated.
On 6-6-17 at approximately 4:50 p.m., an armed suspect entered the Chase Bank located at 1350 6th St NW in Winter Haven. He approached the teller line and told a teller, “Give me all the money… and don’t push the alarm or I’ll shoot you.” Fearing for her life, the teller complied with his demands placing money inside of a plastic bag he supplied. The suspect then ordered the teller at gunpoint to turn around and face the wall, which she did. Thankfully, nobody was physically injured during the encounter with the robber.

The suspect then left the bank and video from surrounding businesses show him entering a white four-door vehicle headed northbound towards Ave M NW.

Earlier at approximately 4:40 p.m., the same man is seen in surveillance video inside of the bank. He lingers and even drinks a cup of coffee. (see images attached) The images captured show a clear view of his face. The clothing seen in these images is identical of those the armed robber is wearing a short while later.

Anyone with information on the identity of this suspect is asked to call Heartland Crime Stoppers at 1-800-226-TIPS (8477). Callers can remain anonymous and could be eligible for a CASH reward. 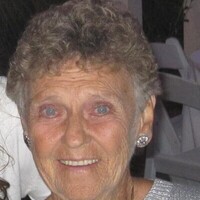