5 Suspects Arrested for Burglary in Lakeland

A perimeter was set up by officers and Police K-9 tracked the other two subjects to a wooded area just east of 140 Fernery Road.  Police K-9 located Nyree Lashi Tucker, concealing himself in the wooded area. Tucker failed to surrender and was apprehended by K9 Nox and placed under arrest. Tucker had $181.50 in his pocket and was transported to Lakeland Regional Health Hospital for his injuries. There he admitted to his involvement in the burglary and that the group had come from Orlando to Lakeland specifically, “To hit a lick”. Tucker is on felony probation for trafficking in stolen property.

Another officer located Joqavius Wright, 19 years of age, hiding in the wooded area. Wright was taken into custody without incident. A black detachable hood from a jacket was located next to Wright with a large amount of cash and coins tied up in it. A green Starbucks coffee stir stick was amongst the cash and coin.

Detectives responded to follow up with the investigation and it was discovered that their vehicle, 2004 Ford Expedition, was in the parking lot of the Roadway Inn. Articles of clothing to include sweatshirts, hoods and gloves matching what the suspects were wearing during the burglary were located in the vehicle.

The below listed suspects were charged with Burglary to a business.

Tomante Terrell Harris, 34 years old from Orlando, Florida was charged with being a principle to Burglary. 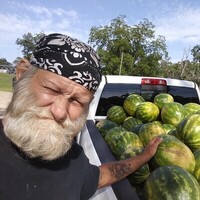