LAKELAND, FL – On Tuesday, September 19, 2017 at approximately 6:55 p.m., the Lakeland Police Department responded to the CSX railroad tracks in the 800 block of Kathleen Road in reference to a subject that had been hit by a train. The train was traveling northbound parallel to Kathleen Road when the engineer and conductor observed the subject lying in the middle of the west most track. The train was unable to stop in time and the subject went underneath the train and suffered fatal injuries. The train was traveling at approximately 30 mph at the time.

Detectives and Crime Scene Technicians responded to the scene to investigate. The subject was identified by his fingerprints as Terrence G. Hall, 54 years old of Lakeland. His next-of-kin was notified in Winter Haven and they believed that he was homeless at the time. 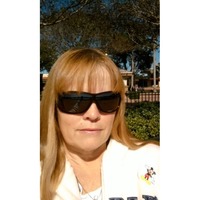