On 10-13-17 at approximately 6 p.m., Winter Haven Police received a call from the Winter Haven Hospital  Emergency Room staff in regards to a possible child abuse case. The child had suspected burns from a liquid to the upper face, forehead and left ear.

Mitchell David Rich (DOB 7-10-92, Lakeland) was the sole person taking care of the child at a Winter Haven apartment while the mother was at work. When the child’s grandmother arrived to pick the child up, she saw that the child had redness, blistering and peeling on the face and head. Rich claimed that the injuries were a reaction to children’s liquid bathing soap or skin cream after Rich gave the child a bath.

The child was ultimately transported to Tampa General Hospital for further treatment. A doctor’s report concluded that the injuries to the child are consistent with a liquid burn, such as from scalding liquid.  Investigators are unable to conclude how the child’s head came in contact with any liquid, however Rich’s story is not consistent with the medical opinion. A detailed interview with Rich concluded that he was in fact the only person in care of the child and his statements during the investigation regarding the injuries sustained to the child are not consistent with that of the medical evaluation.

Continued investigations occurred on 10-27-17 when Rich responded to the Winter Haven Police Department for another interview. Detectives ultimately arrested Rich and he is being charged with Aggravated Child Abuse (F-1) and will be booked into the Polk County Jail.

Rich is currently on felony probation for Robbery charges out of the State of Virginia and being supervised by the Florida Department of Corrections. 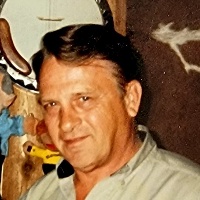