Bartow, Florida – According to the State Attorney’s Office, 10th Judicial Circuit, former Taekwondo instructor Chase Woolman, 28, has been sentenced to 15 years in prison for molesting one of his 14-year-old students.

#SENTENCINGUPDATE Taekwondo instructor Chase Woolman, 28, sentenced to 15 years in prison for molesting one of his 14-year-old students. pic.twitter.com/uBUmMx9QoF

Woolman was first arrested back in September of 2015. Details of the arrest can be found here: Well Known Lake Wales TaeKwonDo Instructor Chase Woolman Arrested On Sex Charges

The case went to a jury and he was found guilty back in November of 2016. Details of the verdict are here: Lake Wales Man Found Guilty Of Sex Crimes

Woolman will be listed as a Sexual Predator  and may not be eligible for parole in the next 10 years. 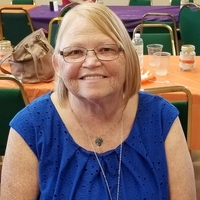