Lake Wales, Florida – On October 3, 2018 Lake Wales Police responded to the Lake Wales Walmart regarding an alleged retail theft. When officers arrived the spoke with Walmart Loss Prevention. They allege May Beth Drennen, DOB: 04/02/1975 of Bartow, stole $380.55 worth of merchandise.

According to arrest affidavits May Drennen along with Christopher Drennen brought merchandise to the self checkout station. Loss prevention alleges that the items were bagged, but never scanned. Then the items were allegedly taken past all points of sale area’s without attempting to pay. According to the arrest affidavit Drennen was stopped outside the garden section of Walmart. When officers arrived Drennen allegedly stated she stole some dog food and various pet equipment, such as small dog sweaters, because her dogs need them.

Drennen was arrested and charged with Grand Theft. Drennen has a past criminal history of petit theft with at least one conviction. 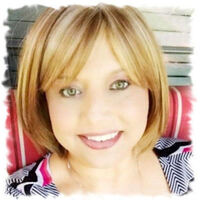