SEBRING — The Highlands County Sheriff’s Office is seeking information about two men who posed as law enforcement officers and made a traffic stop on Sunday, Oct. 21.

The victim reported that he was pulled over by a black Ford Crown Victoria with working emergency lights at around 8:30 p.m. The stop was on Highlands Avenue near Youth Care Lane in Sebring. The white male approached on the driver’s side of the car, and a black male approached on the passenger side. The white male held a brief conversation with the driver, who became suspicious and asked for the man’s badge number. At that point, both men got back in their car and left.

The white male had a handgun in an exterior holster on his left hip and had a five-point star badge that said “Sheriff” pinned to his T-shirt. He is in his mid-20s to early 30s, approximately 180 pounds with a quarter-sized birthmark under his left jaw line. He has brown hair with a “high and tight” haircut, light facial hair, a pierced right ear with a half-crescent earing with barbells and a small line shaved through his right eyebrow.

The black male is approximately the same age, but heavier (220-230 pounds) with short black hair, a chin-strap beard, an unknown tattoo on his left forearm.

The vehicle used for the stop was a black 2000s model Ford Crown Victoria with an older-style exterior emergency light bar mounted on the roof with flashing blue and red lights, “wig-wag” lights in both headlights (flashing blue and red), no license plate, no working tag light, no working tail lights, no spotlight, after-market black wheels, a push bumper in front (not covering the headlights), and the paint to the vehicle was sun faded.

If you have any information about this incident, please call Det. David Pearlman 863-402-7250, email [email protected] or leave a tip with Heartland Crime Stoppers at 1-800-226-TIPS or www.heartlandcrimestoppers.com. Crime Stoppers tips are always anonymous and could be eligible for a cash reward.

If you are ever in a situation where you are unsure if a car trying to pull you over is a legitimate law enforcement vehicle, there are several steps you should follow. First, turn on your hazard lights to acknowledge that you know the car is behind you. Then call dispatch (the non-emergency line for Highlands County is 863-402-7200) and ask for them to confirm that there is a deputy or police officer behind you. If they say yes, then pull over when it is safe to do so. If not, then give the dispatcher as many details about your location as you can so help can be sent to you.

If you don’t have a phone, after turning on your hazard lights, drive safely to a well-lit, populated area before pulling over. 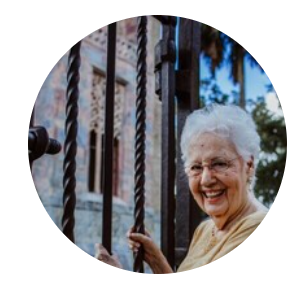