At about 11:55 P.M., a Trooper with the Florida Highway Patrol noticed a Jeep Renegade driving recklessly on I-4, west of the Polk Parkway (SR 570). The Trooper determined that the Jeep was driving 117 MPH (in a 70 MPH zone). FHP attempted to stop the Jeep, but the driver turned off the lights, and visual contact was lost.

At around 12:37 A.M., officers with the Auburndale Police Department responded to a burglar alarm at Ace Wireless, 413 Magnolia Avenue, and found that a burglary had just occurred there.

At around 12:43 A.M., an officer with Lake Alfred Police Department notified Polk County Sheriff’s Office deputies in the Northeast District that he was behind a Jeep reported stolen out of Orlando heading north on Hwy 557 heading toward I-4. Deputies were able to deploy stop sticks on I-4, which caused damage to the tires of the stolen vehicle. The Jeep exited I-4 onto Hwy 27, where it came to a stop, and all five occupants got out and fled on foot.

Four of the suspects were caught near Pet Smart in the Posner Park Shopping Complex. The fifth suspect was spotted by the Sheriff’s Office Air Unit and was subsequently captured by deputies.

“What we saw overnight were five teens coming into Polk County from Orlando to commit crimes against our citizens, and they were met with a collaborative response by multiple agencies. They did some serious crimes, and we have to make sure they’re held accountable for them.” – Grady Judd, Sheriff

All five suspects were arrested and transported to the Polk County Jail on numerous charges from Lake Alfred PD. FHP attached charges on McCall, the driver of the Jeep, PCSO had one addition resisting charge for Williams, and Auburndale PD will have additional charges in reference to the business burglary.

Lake Alfred PD Officer Fuore suffered minor injuries to his hands during the apprehension of the suspects. No other injuries were reported.

“This was an outstanding effort between multiple agencies getting some bad guys off the street. I can’t be more appreciative for Officer Fuore and his hard work and initiative-because of his awareness and proactive patrol, multiple criminal cases are going to be solved, and hopefully these thieves will be prevented from committing more crime. “- Art Bodenheimer, Lake Alfred Police Chief

Deputies searched the stolen Jeep and recovered a duffle bag, a laptop, two cash registers, and fifteen Apple iPhones. These items were determined to have been property taken from ACE Wireless.

The investigation is ongoing. McCall and Dennison are also suspects in a residential burglary which occurred last week in northeast Polk County.

Below are details about the suspects and their charges.

Traquavious Dennison, 18, of 3130 CR Smith Apt.11, Orlando.
Charges:
Lake Alfred PD: Resisting (M-1), and Trespass (M-2).
Dennison is a known gang member and was released from prison on November 9, 2018. He had warrants out of Osceola County at the time of his arrest. His prior criminal history includes 20 Felony and 8 Misdemeanor charges.He has been convicted of 17 Felonies and 3 Misdemeanors. 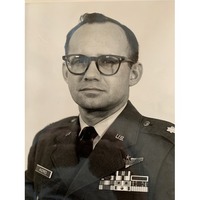