Update from Polk County Sheriffs Office: Around 3:45 p.m. this afternoon we got a call in reference to a piece of mail addressed to the Principal of Laurel Crest Elementary school on Laurel Avenue in Poinciana. Inside the envelope was a blank piece of paper and a blue unknown substance. The principal was not expecting mail from the area from which it came. The letter was deemed suspicious. Deputies responded, along with Polk County Fire Rescue and Polk County Hazmat. The school was evacuated. The initial scan of the letter showed that the unknown blue substance was not biological and it is being taken to Tampa for further testing. There were no physical reactions by anyone who touched or opened it. It does not appear to be hazardous. There were approximately 100 students on campus at the time, but only about 15 people in the office area where the letter was. The entire premises of the school was searched, and that search was completed around 6:00 p.m.

At this time it is unknown how many if any students were at the school at this time. Currently we are also not aware of any physical issues with people that have come into contact with the substance.

We will update this article as more information is available. 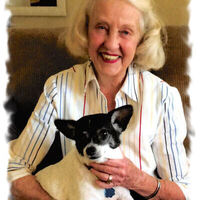