Car Crashes Into Taco Bell – No Injuries To Customers, Workers or Vehicle Occupants

Today (Saturday, March 16, 2019) at approximately 4:30 p.m., 77 year-old Emmanuel Akowuah (Chelmsford Rd New York) and his wife were parked in the parking spot immediately in front of Taco Bell located at 1799 3rd St SW getting ready to leave.
Akowuah told authorities that he placed the car in reverse, but then back into drive. The vehicle jumped the curb and went into the building coming to a rest approximately ten feet inside of the building. The airbags did deploy, however neither occupants of the vehicle was injured.
A customer who was in the restaurant initially had been in the exact spot as the crash, however he had gotten up to get more hot sauce just prior to the crash.
The building sustained significant damage. 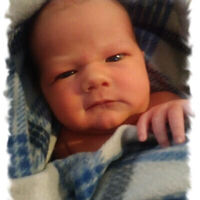