Heather Flowers works as a store manager. Her husband also works as a manager. They both have seven children, and little to no time to look after them while at work.

As such, both of them have relied upon the child care services at Miss Jean’s Playland in Lake Wales to supervise their children after school for the past three years.

Currently, three of their children attend the child care center. Each of them are picked up immediately after school and transported to the center through its ride service.

With their strict, busy schedules, Flowers and her husband, like many other parents, greatly appreciate the services provided by Miss Jean’s Playland, without which neither of them would be able to maintain their careers.

“I depends 100 percent on my child care, because if I didn’t have my child care, I wouldn’t be able to work there [at my job],” Flowers said. “I would not be able to provide for my children or pay my bills. I would lose my house and everything else.”

So like many of the other parents who depend upon the child care services provided at the center, she and her husband were caught unaware when they were informed that Miss Jean’s Playland would be closing.

Making matters worse, she did not initially receive the news from anyone at the center itself, but rather through a phone call from the Early Learning Coalition, which helps pay the fees for her child care services at the center.

When she called Miss Jean’s Playland for more information about its closure, even the workers there did not know about the news. Even her 16-year-old daughter, who works at the center herself, did not know, Flowers said.

With Miss Jean’s Playland set to close early next month, both Flowers and her husband, like many of the other parents who depend upon the center for child services, have felt themselves between a rock and a hard place. Both of them have been forced to consider one of them potentially quitting their jobs, she said.

“It has put us in a real difficult situation,” she said. “If I don’t find childcare for my children, then I won’t be able to work anymore, so it will either be my husband or my job.”

Their three children are a few of the nearly one hundred children who will need to find a new child care center now that Miss Jean’s Playland is set to close on April 10, with the very last day of operation being April 12.

The news of the center’s closure came as quite a surprise to the parents who depend upon its child care services. Even its own employees were caught unaware of the news, explained Demetria Nail, one of the managers at the facility.

Nail herself learned about the closure when Flowers contacted her several days ago inquiring about it. She in turn contacted the Early Learning Coalition, who confirmed that the center would be closing on April 12. Her co-workers later spoke with the owner, Debbie MAST, who likewise confirmed the center’s closure.

“Basically, she is over it, she doesn’t care,” Nail said. “If that parent hadn’t called, if ELC hadn’t called and told those parents, then we would know nothing at all.”

Nail and her co-manager both started working at Miss Jean’s Playland earlier this January. The center itself had been in business for many year. Prior to their employment there, both of them had worked at the Department of Children and Families before being invited by Debbie to come work at the center.

“We left our careers to come and do this for her because she begged,” she said. “We always wanted to run a daycare, so we thought this was a great opportunity.”

When they arrived at the facility, they discovered it in a state of disrepair with numerous maintenance problems. Both of them had to pay out of pocket to help fund repairs for the building, Nail said.

“It wasn’t being taken care of,” she said. “So if there were underlying problems, we would not have known about it.”

During their brief time at the center, both of them had developed close relationships with the children and their parents. So seeing these parents and children struggle to find new places for child care, especially with very little option within the local community, feels nothing short of heartbreaking to them, she said.

Both Nail and her co-manager have been working hard to save their own money and find a new building that they could potentially use to start a new business and continue providing the services to these parents, she said.

Until then, many parents like Flowers have been placed in a difficult situation, deciding whether to find child care services elsewhere or to potentially give up their own jobs to look after their own children. To them, they do not feel this is a very fair decision.

“I just don’t understand,” Flowers said. “These ladies are trying to buy the building from her to save the parents and jobs and everything else…Hopefully there will be a way for them to do that.” 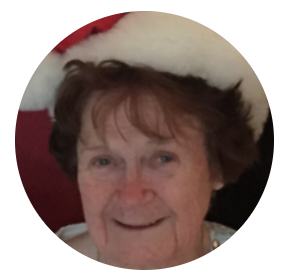