The investigation began on March 6, 2019, when detectives received a CyberTip from the National Center for Missing and Exploited Children (NCMEC). An image, first discovered on January 22, 2019 was determined to be apparent child pornography and was forwarded to NCMEC. 21 additional images were subsequently identified and flagged to an IP address associated with Parr’s Lake Wales home.

The images depicted boys and girls between the approximate ages of 5 and 15-years old. The children were displayed in a lewd manner with adults and/or other children.

A search warrant was executed at Parr’s residence on Monday, April 8, 2019. At that time, Parr was arrested, and numerous electronic devices and digital storage devices were taken by detectives. A forensic search of those items will be conducted and additional charges are possible, pending the outcome of that search.

At this point in the investigation, the identities of the children are unknown, as well as where the images originated.

“Make no mistake, those who view, possess, buy, and trade child pornography are complicit in the crime against the child depicted in the images. Some have not gotten the message. People in public trust positions are held to a higher standard and we expect better from them. The person we arrested is in a profession that a lot of kids look up to as a role model. We are going to continue to conduct these kinds of investigations to protect our children from those who trade and download child pornography-the demand for this vile material harms children, and ruins lives.” – Grady Judd, Sheriff

Richard Parr was a firefighter employed by Polk County Fire Rescue. He immediately resigned at the time of his arrest. 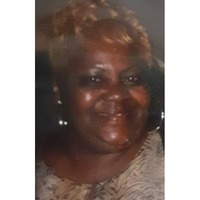