As someone who has seen his loved ones struggle with and inevitably succumb to the disease, Lewis knows about the emotional toll that cancer can take upon a family.

This is why he and his family try to help others through their personal struggle with cancer through their organization, The Lewis Family Cancer Fund.

For the past decade, their fund has financed their endeavors through their annual charity golf tournament, “Swing For The Cure”, and their preliminary kickoff cocktail party, both of which celebrated their tenth year this weekend.

The cocktail party was hosted at Nora Mayo Hall in Winter Haven on Friday evening, allowing attendees to enjoy a buffet of good eats ranging from cocktail shrimp and beef tenderloin to southwest eggrolls, all while listening to live music performed by Jill’s Cashbox.

Throughout the evening, guests could donate as much money as they could to the fund through various activities including a silent auction, live auction, and raffle ticket giveaways, placing their bets on prizes ranging from a “bucket of cheer” to a lunch with the honorable Sheriff Grady Judd.

The festivities continued the very next day at the Southern Dunes Golf And Country Club in Haines City, where participants could see who has the best golf swing with the Saturday Scramble Golf Tournament.

Each and every year has seen a great turnout from the community, with local benefactors more than willing to donate their time and money toward a good cause, especially one that helps treat local and regional cancer patients, Lewis said.

“The turnout is fantastic,” he said. “This is typical of what we have. We are very fortunate to have the support of so many people in the community, and year after year, it has been one big success.”

Since they both loved golf, their father decided to cheer them up following their mother’s death nearly two weeks later by taking them to see a golf tournament in Orlando.

This particular tournament was being participated by their favorite golfer, Fuzzy Zoeller, whom the two young boys had the opportunity to meet through their father.

Zoeller used the opportunity to sign some autographs, take some pictures, and even invited the two boys to watch him play a few rounds of golf the very next day. What followed was a friendship that has lasted long even to this day.

“I caught wind of them because I met their dad, Bill, and he asked if I could do anything special for them,” Zoeller said. “I told them to bring the boys in and let them walk with us during the round of golf, and that is how it all got started.”

Twenty years later, cancer would once again strike their family, as Geoff was diagnosed with stage four colon cancer. Two years later, he approached his brother and discussed ways they could help their community combat this menace of a disease.

The two decided to start The Lewis Family Cancer Fund. Since they both loved golf, they could think of no better way to raise funds for their organization than through a charity golf tournament, especially with the help of their golfer friend, Lewis said.

Geoff later passed away in 2015, though he managed to live several years longer than what the doctors had initially expected of him, Lewis said. Even though his brother has long passed, his passion towards fighting the disease continues to live on through their fund and fundraiser.

“I think a lot of people looked up to my brother and his fight,” Lewis said. “There are so many people who have been affected by cancer, a lot of people can relate, and they want to do something to keep the money local, so the fact that the money they know where it is going  locally and regionally is a big help…and that is what has allowed this to keep going.”

Ever since their fundraiser started ten years ago, Zoeller has more than willingly helped with the event and participated within it in honor of his lifelong friends, in both life and death.

The Lewis Family Cancer Fund has helped facilitate many cancer patients within the local community, especially those within Winter Haven Hospital. Holly Wollery, a representative with the Winter Haven Hospital Foundation, which has beenassociated with the fund for two years, attests to how it has helped facilitate the hospital and its Women’s Hospital Breast Imaging Center.

“We are grateful for everything the fund does for our community,” Wollery said. “We appreciate how passionate their family is about raising money to support cancer research and cancer equipment here to better patients and those who are affected by that in their lives.” 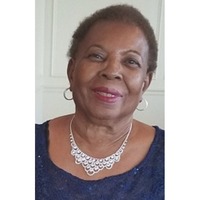