Alert Neighbor Calls Police When Seeing Suspects Burglarizing Vehicles In His Neighborhood
On 5/1/19 at approximately 11 p.m., a resident who lives on 10th St NW was outside of the home when he noticed two subjects down the street walking into a driveway and entering the parked vehicle. He saw the brake lights go on as if the pedal was being pressed. He then saw the subject walk away from that vehicle and started walking towards the witness’s residence.
He immediately went inside, had a relative call 9-1-1 and then started watching his own home surveillance. He saw the two subjects enter his driveway and pull on the door handles of two vehicles parked in the driveway. The witness turned on an outside light and the two subjects left the property.
As police arrived, they found 20 year-old Jessie Lee Dunn (Kissimmee FL) and 17 year-old Matthew Maldanado ( Ocala FL) along 10th St NW. Both were wearing black gloves. Officers reviewed the witness’s video footage and saw two subjects wearing clothing matching what they were currently wearing. The witness was able to identity of both Dunn and Maldanado as the two seen entering the vehicles at neighboring residents while standing outside.
As officers were investigating the burglaries in the neighborhood, they went to the Travel Lodge Motel on 8th St NW, just a five-minute walk from where the burglaries occurred. Both Dunn and Maldanado are seen earlier on video at the motel exiting a red SUV parked on the south side of the building. The vehicle was still parked in the same spot. Officers went to the vehicle and found 20 year-old Isaiah Menard sitting in the driver’s seat of the vehicle. He had a marijuana blunt and there was marijuana on the floorboard beside the driver’s seat in plain view. Officers also found a large canister on the back floorboard filled with marijuana, which was accessible from the driver’s seat. Also located was a Tri-Star handgun under the driver’s seat. A search found that the gun was reported stolen from Osceola County.
Dunn, Maldanado and Menard were all booked into the Polk County Jail under the following charges:
Dunn: Four counts of Burglary of an Unoccupied Vehicle (F.S. 810.02(4)(b) F-3
Maldanado: Four counts of Burglary of an Unoccupied Vehicle (F.S. 810.02(4)(b) F-3
Menard: Grand Theft of Firearm (F.S. 812.014(2) F3, Possession of Marijuana over 20 grams (F.S.S. 893.13(6A) F-3 and Possession of Drug Paraphernalia (F.S.S. 893.147(1) M-1 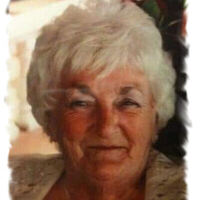