On 05/07/2019, at approximately 0502 hours, the Emergency Communications Center (ECC) received a 911 call regarding a single vehicle motorcycle crash with injuries on Lucerne Park Road near US 27. Upon arrival, 52-year-old Johnny Sapp was found with life threatening injuries and was flown to Lakeland Regional Health as a trauma alert.

Lucerne Park Road in the area of the crash is a two-lane east/west roadway with a 50 mph speed limit. As eastbound traffic approaches the intersection with US 27, the roadway transitions from a non-divided highway to a divided highway with a grass median. The crash took place in the area of this transition as the roadway comes out of a gentle right-hand curve. It was dark at the time of the crash, but there is some external illumination from nearby businesses.

Roadway and video evidence indicated that Sapp’s 2005 Silver Honda Reflex scooter was eastbound on Lucerne Park Road approaching the area of the divided median. As Sapp was exiting the right-hand curve, he struck the divided median curbing and entered into the grass median, at which time Sapp lost control. The scooter flipped onto its side and began to tumble in an easterly direction in the median, coming to final rest along the inside edge of the eastbound lane. Sapp was ejected and came to final rest in the eastbound lane near the scooter.

Sapp was not wearing a helmet nor any other type of protective clothing. The scooter was not registered and bore a tag to another vehicle, which was also expired. The scooter did not have a valid title, but had been issued a certificate of destruction.

Sapp had a valid license, but also had an outstanding warrant for child support out of Hillsborough County. There were no signs of impairment or distracted driving, but excessive speed may have been a factor.

Next of kin for Sapp were located and responded to the hospital. Hospital staff advised he had coded 4 times at the hospital and suffered significant head trauma. 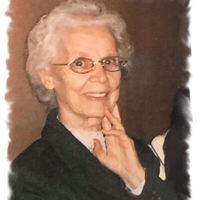