According to the affidavit, the investigation began after a special needs child who rides the bus to Doris A. Sanders Learning Center reported to school staff that she had been hit by her bus attendant, Tappin. The school nurse documented two red welts on the victim’s face.

Detectives interviewed the victim and reviewed the bus video, which revealed Tappin striking the victim 11 separate times by popping her with a rubber band and hitting her on her face and neck. While reviewing the video, detectives also saw Tappin punch other victims, strike other victims with a hard plastic seatbelt cutter tool, and strike victims with a rubber band by snapping it on their faces and necks.

Some of the victims’ disabilities hinder them from being able to report the abuse, as they are non-verbal.

“This suspect will be held accountable for her reprehensible abuse against the most vulnerable of victims. In the video, the innocent children can be seen cowering in fear. She should never have access to children again.” – Grady Judd, Sheriff

During an interview with detectives, the suspect denied hitting the students, and said she was acting in a “playful manner.”

None of the abuse could be described as disciplinary – all of the abuse was intentional, malicious, and unprovoked.

Tappin has been booked into the Polk County Jail and is being held on no bond until a first appearance hearing at 1:00 p.m. on Friday, May 10, 2019. She will be housed at Central County Jail in Bartow.

According to Polk County Public Schools, Juanita Tappin is on paid administrative leave at this time. She was hired on January 27, 2014. There is no past disciplinary action in her personnel file. Her annual salary is $13,856.

“We count on our transportation staff to be courteous, professional and caring. Our students deserve peaceful rides free of aggravation and unkindness. The unacceptable allegations against this bus attendant are very troubling. If true, I will recommend that this employee be fired. We are conducting an internal investigation, and the employee has been placed on administrative leave.” -Superintendent Jacqueline Byrd 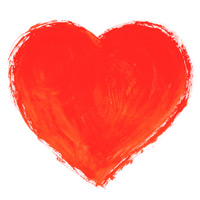