Lakeland, Florida – 75-year-old Julio Ramos-Bueno of Lakeland was killed while he attempted to cross Hwy 98 North in a poorly lit area when he was struck by a northbound white 2015 Ford Fusion driven by 41-year-old Alfonso Bustos-Ugalde of Eagle Lake.  Mr. Ramos-Bueno was immediately struck by a second northbound car, a white 2015 Chevy Cruze which was driven by 29-year-old Orlando Garcia-Cruz of Winter Haven.

Bustos-Ugalde was arrested at the scene for driving with an expired license (expired in 2005). There are no other criminal charges or civil citations expected from this investigation. 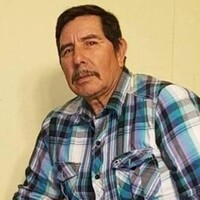