From the SAO 10th District

Bartow, Florida – A jury unanimously recommended the death penalty today for Cheyanne Jessie, the 29-year-old Lakeland woman who brutally murdered her father and daughter in 2015.

Circuit Judge Jalal Harb will now make the final decision following the verdict. The jury deliberated for just over an hour. They were unanimous on the decision to recommend death in the killing of Jessie’s 6-year-old daughter, Meredith. The jury recommended life in the killing of her father, Mark Weekly, 50.

Jessie was convicted Wednesday of two counts of first degree murder in the shooting and stabbing of Weekly and Meredith. She stuffed their bodies into plastic bins then hid the bins in a neighbor’s shed. Assistant State Attorneys Paul Wallace and Kristie Ducharme prosecuted the case. State Attorney Brian Haas thanks ASA’s Wallace, Ducharme, and the Polk County Sheriff’s Office detectives for their diligent work on the case. 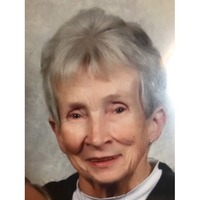