Last Wednesday morning around 11:00 a.m., seven-year-old Levi, son of local resident Amanda Stephenson, was riding his bike around in their driveway. The Stephenson family resides in the Garden Grove area of Winter Haven and believed the area to be safe until recently.

While riding his bike, a stranger pulled up next to Levi and started talking to him.

“I was standing in the doorway of my house watching as Levi took off to the end of our driveway,” Stephenson said.  “We saw a car pull down our street, so Levi pulled to the side as to not get hit by the car. The man driving the car stopped, asked my 7-year-old son if he could have his bike for five dollars and in return Levi could drive his car.”

Stephenson was sweeping the ground up near the house, and when she saw  the car stop at the driveway, she immediately walked with her broom in hand toward the car and her son. As soon as the individual driving the car spotted Stephenson, the car sped off.

“Levi and I stood in the driveway for a short time, and shortly after, the man came back down the street one last time,” Stephenson said. “He was driving a silver Hyundai Sonata 2014-2016 model.”

This experience was certainly a scary one for the Stephenson family and luckily this time, her son was not harmed.

“It was very scary for me,” Stephenson said.  “We hear stories like this happening all the time but you never think it will happen to you or your family. No one is safe anymore unfortunately. I want to stress to everyone the dangers of sex trafficking and abductions; they literally happen in your front yard when you least expect it.”

A note the Stephenson family would like to leave people with: “Remind your kids not to talk to strangers, to yell for help, and to run to the nearest house or adult around.” 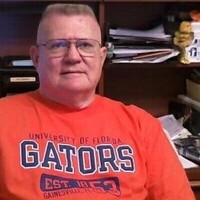