At approximately 9:36 p.m. on Sunday, January 12, 2020, officers of the Auburndale Police Department were dispatched to a traffic crash involving a passenger vehicle and a pick-up truck at the intersection of U.S. Highway 92 West and Berkley Road, Auburndale.

Officers arrived to find that multiple people were injured as a result of the crash. Three injured adults and one toddler were taken to Lakeland Regional Health and one small child was flown to Tampa General Hospital for treatment of their injuries. One occupant in the sedan was pronounced deceased at the scene of the crash.

The preliminary investigation indicates that a 2005 Nissan Altima with five passengers was stopped facing west at the red traffic signal on US 92 at its intersection with Berkley Road. A 2006 Chevrolet HD3500 crew cab pick-up truck was traveling west on US 92 and struck the Nissan in the rear. The collision propelled the Nissan into the southbound lanes of Berkley Road, coming to rest just north of the intersection. The truck continued through the intersection in a northwest direction, traveled through a ditch on the north side of US 92, and then struck a tree, coming to rest.
The driver of the Nissan is identified as Louissaint Thermitus, 31, of Lakeland. A passenger in the right rear seat of his vehicle, Linda Jean Baptiste, 38, of Lakeland, died of her injuries. The driver of the pick-up truck is Salvador Manuel Juarez Trejo, 43, of Auburndale.

There were several witnesses to the crash who were interviewed at the scene. The traffic fatality investigation is continuing at this time. Anyone who witnessed the crash who has not already been interviewed by Auburndale Police is asked to call (863)965-5555 for Detective Alex Pena.

Updates will provided as they become available. 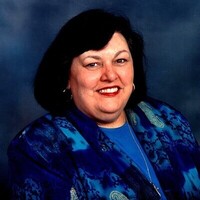