On Saturday, January 18, 2020, the PCSO Traffic Unit investigated a car versus pedestrian crash in Lakeland during which the pedestrian died. Preliminary information is as follows:

PCSO received a 911 call around 8:00 p.m. from the area of New Tampa Highway, 75 yards west of Gentry Circle. The pedestrian, 56-year-old Jeffrey Phillips who lives in the M&M Mobile Home Park at that location, was walking to the Sunoco across the highway when he entered into the path of a 2013 four-door Hyundai Sonata being driven eastbound by 30-year-old Ashley Farrow of Winter Haven.

The roadway in the area does not have a crosswalk, and it was dark at the time. Phillips was not wearing reflective clothing. Farrow did not see Phillips until he was in her lane of travel, and she did not have time to take evasive action. She immediately stopped after hitting him, and called 911. He was transported to LRHMC, where he succumbed to his injuries. According to witnesses, Phillips had been drinking for several hours prior to the event. Impairment on his part is believed to be a factor. The roadway was closed for approximately four hours during the investigation. 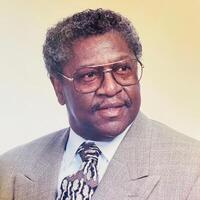