Middle School Student Approached To Get In Stranger’s Van

Middle School Student Approached To Get In Van
on March 5, 2020 at approximately 7:45 a.m., a 12 year-old girl was walking southbound on 5th St NE in Winter Haven towards Denison Middle School. A black male described as 30-40 years of age with a medium complexion and thin build drove up in a dark colored minivan asking if she needed a ride. The victim declined and then the same man approached her a second time at the intersection of 4th St at Ave A SE. He offered to pay her $20 if she would get in the van. She again refused and reported the incidents when she arrived at school.
Police are asking if there was anyone in the area of 5th St NE or 4th St and Ave A SE during the time frame of 7:30 am – 8 am on Thursday to contact Winter Haven Detectives at 863-291-5620. 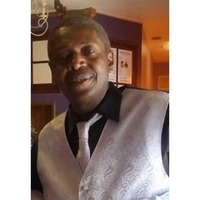