Auburndale, Florida – The Polk County Sheriff’s Office has arrested a man for multiple drug charges and fleeing to elude after failing to stop at an intersection. According to arrest affidavit deputies arrested Jerry Sanders, DOB 2/6/61,  of Auburndale after he allegedly failed to stop at the intersection of Industrial Street and Bishop Street in Auburndale.

According to the arrest affidavit a Polk County Sheriff’s Office Deputy witnessed a silver sedan fail to stop at the intersection of Industrial Street and Bishop Street. The deputy, in a patrol car, put his lights on and initiated a traffic stop. The sedan allegedly attempted to flee, but shortly swerved off the road. According to the affidavit the deputy noticed partially smoked marijuana joints and a rolled up dollar bill in the center console.

Sanders was taken into custody. The deputy noticed as he escorted Sanders out of the car that he was totally naked and had string wrapped around his body. He was also found to have string tied to his penis and testicles.  The deputy asked Sanders why he fled. Sanders allegedly replied “because I was naked”. Sanders allegedly consented to a search of his car and told deputies they would find no drugs in it. Deputies allegedly found a baggie of methamphetamine, rolled dollar bill and joints. Sanders allegedly admitted to snorting methamphetamine with the dollar bill and that “weed” was in the joint he smoked.

Sanders is still listed as in custody at Polk County Jail as of this article. He has a combined bond of $2,500.00. 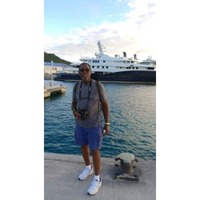