Motorists who were driving Tuesday night (March 24th) in the area of Cypress Gardens Boulevard and Legoland Way in the Haven of Winter might have been given quite a scare due to the actions of Michael Dinie, our #CriminalOfTheDay.

The 46-year-old Fort Meade man was driving his red 1996 Chevy Cavalier rather dangerously.

At about 11:35 p.m., a deputy saw Dinie weaving on-and-off the roadway, causing other drivers to swerve to avoid contact.

The deputy pulled Dinie over and made sure he was fine. He said he was, but he was sweating and acting odd. The deputy asked Dinie to step out of his car. He began jumping up and down in the roadway yelling, “I’m going to jail! I’m going to jail!”

Dinie jumped back into his car and turned it on. The deputy tried to grab the keys, but Dinie pinned the deputy’s wrist against the steering wheel and began to accelerate. The deputy was able to pull away from the vehicle as it sped off.

Dinie ran a red light at Cypress Gardens Blvd and Helena Road as he continued east.

The deputy tried to get Dinie to pull over again, but he refused, continuing to have narrow misses with other motorists.

After passing Carlton Arms Boulevard, Dinie lost control of his car, drove over the median, went off the road, and struck a tree.

Deputies found fourteen syringes in the car and a plastic baggie containing brown powder which tested positive for PCP.

While being treated for superficial wounds to his face, Dinie said, “Drugs are bad….I’m sorry.” And then he said, “I’m an (expletive).”

Michael Dinie is no stranger to being in a jail. He has a prior criminal history that includes Burglary, Grand Theft, Dealing In Stolen Property, False Info to a Pawn Dealer, Petit Theft, Possession of Hydrocodone (2), Possession of Methamphetamine, and Possession of Paraphernalia (2). And those are just his Florida charges since 2015. Before that, he had a few visits to the Summit County jail in Ohio. 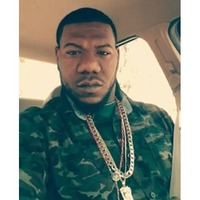