For nearly three months, Mike Parker and his fellow bandmates have been unable to run reckless as Running Reckless. Now that local bars and other venues are re-opening following the COVID-19 outbreak, their band were able to play their first gig in a long time.

Running Reckless performed for a live audience for the first time in months on Saturday evening at Balmoral Resort Florida in Haines City. Their performance managed to draw in a sizeable crowd.

Normally, the band is booked solid for several months during normal circumstances. However, since the COIVD-19 outbreak and the stay-at-home order shutting many of their venues down, Mike and his bandmates have experienced a major gap which they’re now starting to fill up once again, he said.

“Obviously, we have been out for the last three months, and we didn’t have an opportunity to play and keep those dates…but now that we are open, we had several calls and we expect it to be as strong as it ever was,” he said.

Mike, the lead vocalist and promoter, considers Running Reckless “not your run of the mill cover band.” His band plays everything from popular rock to classic and hard rock. They tour throughout Polk County, as well as Hillsborough, Pinellas, and Pasco.

Recently, their band of four is experiencing a re-grouping. They are currently searching for a drummer, with someone else filling in for them during their performance on Saturday.

Mike and his bandmates always strive to play the best music for the best people. Now that they are able to go out and perform once again, they expect to fill their book with dates real soon, he said.

“Amazing music, amazing people, and ALWAYS bring a great time and a great show!” one reviewer on Facebook wrote. “Definitely one of my top favorite local bands!”

Since this was the first time Running Reckless has performed since the outbreak, the band advertised their performance as a “comeback”, Pearce explained.

The Balmoral Bar and Grill hosts live music every Thursday, Saturday, and occasional Friday. The performances allow guests to enjoy a bite to eat while being entertained with live music.

Running Reckless is a favorite band of hers and of the regulars at Balmoral. The band plays a diverse variety of covers that are not normally played by most other local bands, Pearce said.

“They do a very good job of representing the music and it is entertaining to watch,” she said. “You need three categories to make a band successful: they have to be entertaining, they have to be good at their instruments, and they need to have a good following. I love and respect them.”

Recently, the resort has hired a new chef who has transitioned the Bar and Grill to a high-end menu with affordable pricing. Currently, an 11,000 square-foot indoor event center is being constructed to host weddings and other larger events. The new facility is expected to be opened by September, Pearce said. 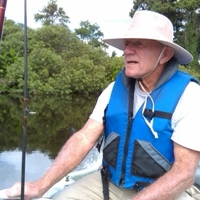