On May 6, 2020—only 19 days before the killing of George Floyd at the hands of Minneapolis police officers—a Lakeland resident was punched in the head by a Polk County Sheriff’s deputy, as recorded within a viral video reported by WFLA.

The very next day, after the video of the arrest went viral, an arrest was made—not of the officer who allegedly assaulted the man in the video—but of the man who shot and uploaded the video, Unique Occena, WFLA reported.

Occena was one of many Lakeland residents who spoke during a community forum about race relations and police brutality hosted by the Lakeland City Commission at the RP Funding Center on Monday evening.

“We need to do better,” he told the audience and city commissioners during his turn to speak. “Police brutality needs to end…It is not right. Something has to change.”

More than 25 city residents, from political activists to business owners and public workers, took turns speaking for three minutes before a live audience and a panel of local officials to share their experiences concerning systemic racism and police brutality in the Lakeland area.

The Race Relations Community Forum was hosted by the Lakeland City Commission, in partnership with local community organizations, at the Youkey Theater in the RP Funding Center on Monday evening.

Lakeland Mayor Bill Mutz, who served as the moderator that evening, described the event as an opportunity for city officials like himself to “listen” to the community about pertinent issues within their city and world, especially concerning race.

“For the commission, this is a time of listening; for the community, a time to speak,” Mutz said. “It is a critical moment historically to look for the gaps that exist in our cities.”

The forum was hosted in response to nationwide mass protests against systemic racism, especially within law enforcement, following the death of George Floyd, a black man who died after being pinned to the ground by a Minneapolis police officer for eight minutes.

From incidents of police brutality to COVID-19 deaths, these protests represent a movement highlighting the many ways that African Americans and other people of color are disproportionately treated. As Jackie Vickers of the NAACP Lakeland Branch said in her opening comments: “We are done dying!”

“It is beyond time for a change right now,” Vickers said. “I truly believe that we are all brothers and sisters in Christ regardless of our skin color. Enough is enough. We are done dying.”

Vickers was one of five representatives from local community organizations who, along with the city mayor and commission, hosted the forum. The other representatives included Jarvis Washington of Black Lives Matter Polk, Chrissanne Long of BRIDGE Local, and Tim Mitchell of Parker Street Ministries.

Each of the five representatives offered their speeches before the public comments. In keeping with social distancing protocol, the audience members were required to wear a mask and receive a temperature check before entering the building.

The forum started with an opening statement from City Commissioner Doug Walker. He set the tone and topic of the discussion by posing a simple question to the audience: “What can be done as we deal with race relations for the betterment of the City of Lakeland?”

“It is my hope that we hear from you,” Walker asked. “We know this will not be our last meeting to share tonight, but we are listening. This is just the beginning and a time just to listen.”

More than 25 people stepped up to the open mike to address the panel and the audience about their personal experiences with racism and police brutality. Some people offered their names, while others remained anonymous.

One resident mentioned how he attended a Black Lives Matter rally along Memorial Boulevard on June 7. He mentioned how the rally started peacefully until the crowd became agitated by police officers who tossed tear gas into the crowd and appeared on the scene with shields and an armored vehicle.

“A tank showed up in the middle of Lakeland,” he said. “If you show up with shotguns and shields…you are at war with your community. You are inviting war.”

Amy Lee Lawrence, a representative from the Democratic Socialists of America (DSA) for Polk County, wondered why tear gas was dispensed against peaceful protesters during a rally against police brutality, but have never been used against anti-abortion activists who protest outside abortion clinics routinely.

Lawrence insisted that the use of rubber bullets and tear gas be banned by the Lakeland Police Department, arguing that the use of tear gas in warfare is already illegal. She was joined by another DSA representative, who called for greater oversight of the police department.

Debbie Brown, who became one of the first 911 dispatchers for the Lakeland Police Department, called for more engagement with law enforcement for the local community. As someone who once faced racial discrimination herself when she started her job, she knows that it is important for everyone to face such issues so that others may have better opportunities.

“I love Lakeland with all my heart,” she said. “All of us in this room have faced some form of racism. If you want to see change, become the change…Not all cops are racist, but one bad apple will spoil the whole bunch and make it bad for good ones.” 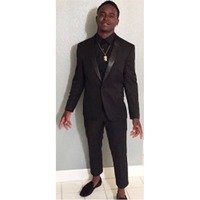