Motorcyclist killed in crash on Burns Avenue in Lake Wales
Home Lakeland Lakeland Police Currently Investigating A Vehicle vs Pedestrian Fatality On Harden Blvd
LAKELAND, FL (July 4, 2020) – On Friday, July 3, 2020, at approximately 7:38 p.m., a Ford F-350 was traveling southbound on Harden Boulevard in the outside lane of travel, approaching the intersection of Town Center Drive. As the truck began to enter the intersection, a pedestrian, who was in the crosswalk attempting to run across the roadway, crossed in front of the truck and was struck. Preliminary interviews indicate the truck had a green light and the pedestrian was crossing the roadway against the pedestrian cross signal. The driver of the Ford immediately stopped and remained at the scene.
Emergency medical professionals from the Lakeland Fire Department and Polk County Fire Rescue arrived on the scene and began assisting officers in providing life-saving measures. The pedestrian was declared deceased at the scene by on-scene paramedics. The driver and three occupants of the Ford suffered no injuries.
Members of the Traffic Homicide Unit responded to the scene and took over the investigation. The roadway was shut down for approximately four hours while the scene was processed for any follow-up investigation. At this time, the investigation is ongoing.
The name of the pedestrian is not being released at this time, pending notification of next-of-kin.
Pedestrian
Male
Age: 76
Lakeland, Florida
The operator of the Ford was identified as:
Elmar Roblero
Male
Age: 27
Lakeland, Florida 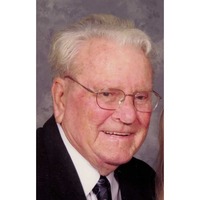