An arrest has been made in the shooting that occurred in the southwest area of Winter Haven on July 1, 2020.

Twenty-four year-old Tristan Lanza (DOB 9-26-95, 305 20th St SW, Winter Haven) was taken into custody today (7-3-2020) at approximately 11:20 am after he was pulled over for driving with a suspended license since 2017.
The full incident and investigation leading to the arrest went like this:
On 7-1-2020 at approximately 8:35 p.m., (now identified) Lanza was driving his 2003 white Mustang at a high rate of speed along Ave. F SW when two residents in the neighborhood yelled at the driver to slow down. Lanza stopped the car and asked the two men what they said.

Lanza was told to slow down due to children in the neighborhood. Lanza left the area towards 20th St SW. Another neighbor who also saw the speeding Mustang was leaving their residence and was behind the car when it pulled into 305 20th St SW.
Less than ten minutes later, Lanza drove back to Ave F SW where the two men were. Lanza stopped in front of the residence where one of the men was standing at the end of the driveway when he yelled, “I got you motherf*cker!”, pointed a firearm out of the window and shot seven times striking the victim in the torso. The victim was transported to the hospital where he remains in stable condition.
Investigators started speaking with residents in the area to include the witness that drove behind him and learned of Lanza’s address. They spoke to Lanza’s girlfriend at his residence who said that they had just moved to the area two days prior from Miami. Lanza was not at home and she didn’t know where he was, but did confirm he drove a 2003 white Mustang.

On 7-2-2020, Lanza contacted investigators telling them he wanted to talk about the reported shooting. He denied being in the area during the time of the shooting. He claimed that he had gone to Walmart earlier in the evening and returned home, changed clothes and went to “find some meth and a prostitute.” He claimed when he was with the prostitute, she robbed him of his wallet and cell phone and then stole his car, although he still had possession of his keys. He also couldn’t explain where this occurred. He claimed he walked home and decided he didn’t want to report the incident and he would find his car on his own.

On 7-3-2020, a tip was received that the white Mustang was in the back yard of 305 20th St SW and it appeared a male was cleaning it out. Officers went to the area where they also observed the white Mustang and someone cleaning the car. Officers recognized the man to be Lanza. They approached Lanza and asked him “if he found his car”, which apparently he did. He said yes, but he didn’t want investigators to worry about the theft.
Officers left the residence, however stayed in the area. A criminal history showed that Lanza was a convicted felon that included robbery and also that his license had been suspended since 2017. Sure enough, at approximately 11:15 am, Lanza got in the car and started driving down 20th St SW. Officers made a lawful traffic stop and he was taken into custody for knowingly driving while his license is suspended. At the Police Department, Lanza continued to deny any knowledge of the shooting, but decided he didn’t want to speak with investigators without an attorney.
Based on witness accounts, video from Walmart confirming the same clothing as described by witnesses and the victim of what Lanza was wearing when the shooting occurred, the resident who followed the vehicle on the incident date and statements from Lanza’s girlfriend, he was also charged with Attempted First Degree Murder, Possession of a Firearm by a Convicted Felon and Tampering with Physical Evidence. Lanza was transported to the Polk County Jail where he should have first appearance tomorrow (7-4-2020). 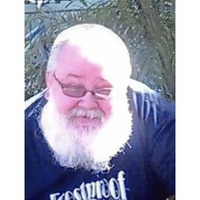