Who are you voting for this November? Donald Trump? Joe Biden? Or Jo Jorgensen?

Chances are you never heard of the latter candidate. She’s the presidential nominee of the Libertarian Party, yet she, like many third party candidates, are often excluded from the national presidential debates.

Several local activists in Polk County, including those from the local Libertarian Party, gathered in Lakeland on Saturday to demand that Jo Jorgensen and other third party candidates have a chance to speak.

The “Let Her Speak” rally included several guests speakers and attendees carrying signs either in support of Jo Jorgensen or in protest of the two-party political system. The protest then moved to Harden Boulevard for sign waving throughout the afternoon.

Jon-Luc Tesky, chair of the Libertarian Party of Polk County, opened the rally with a forward, succinctly expressing their purpose of being there: to speak out against a “rigged” two-party political system that excludes minor third parties, and to demand fairness in elections, especially with the debates.

“We are all tired of one thing, and that one thing is us not having an adequate seat at the table,” Tesky said. “How many times do we have to go out in the rain, get petitions, meet new deadlines, new requirements to simply to get on the ballot? Today is a day of reckoning. We will show that we have had enough and that our voices will be heard.”

Brian Stevens, a local libertarian activist, attended the event as one of the guest speakers. He shared his experience as someone who changed his personal political beliefs from a conservative Republican to a small-l libertarian to a big-l libertarian.

Stevens, like many libertarians, believes in the Non-Aggression Principle (NAP), a principle which states that the initiation of force to achieve political or social goals is politically and morally wrong. As such, he opposes the government on all levels from forcing people to comply with unjust laws, from the “failed” War on Drugs to even the “well-intentioned but widely misguided” city mask mandate.

For that reason, Stevens supports local candidates like William Allen, who is running for the Polk County School Board. He supports the candidate’s platform of student success, access for choice, and community building, and feels that such positions will help further the cause of personal liberty.

“[The NAP] is like true north, a fixed point, a fixed direction, in which we must move,” Stevens said. “We libertarians are frustrated that we have not made it to our destination. We are not likely to see a pure libertarian voluntarist utopia in our lifetime, but we have to stay on the journey and focused on that goal, head in the direction of true north.”

As a local politician and political activist, Lawrence opposes the “rigged” two party system that forces Americans to choose between the “lesser of two evils.” Such a political duopoly stymies democracy and prevents Americans from having their personal beliefs represented in office.

The Federal Election Commission (FEC) maintains rules that political candidates who receive 15 percent of polling “get a seat at the table”, she explained. Unfortunately, since few Americans know about third parties, because the media often overlooks them in favor of the two main parties, third parties often do not receives the more than 15 percent polling necessary.

“The American people shouldn’t get two choices,” she said. “The American people deserve an array of choices, so they can support the individual whose ideals and beliefs and policies align with their own. Not siding along party lines, not choosing the lesser of two evils. I want to vote for and support the person who will make America a better place.”

Joseph Wendt, State Chair of the Reform Party, was scheduled to speak and attend, but was unable to make it. Tesky spoke on his behalf by addressing some of the issues he wanted to share at the rally.

“It I through a coalition, through shared voices and equal opportunity, that we all rise together,” Tesky said. “One organization should not have a monopoly on the marketplace of ideas, especially if they receive public funding. So in the interest of all, let her speak.” 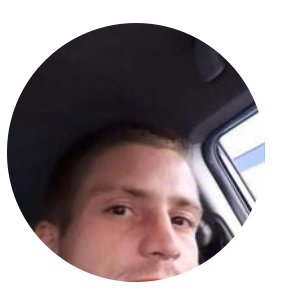