“The Victim, REDACTED(due to Marsys Law victim information can only be released with permission from victim.) , resides at the incident location. The Suspect, Adan Emmanuel Gonzalez Herrera is a distant relative of the Victim. The Victim advised they do not know each other and have never lived together as a family unit.

On 09-16-2020, the Suspect drove over to the Victim’s residence, parking outside the fence near the street, and requested to see the Victim’s brother, REDACTED. After the Victim advised the Suspect that his brother wasn’t there, the suspect attempted to enter the residence and the victim prevented him from doing so. The Suspect then returned to his vehicle (a 2015 Toyota Corolla) and drove into the driveway at a high rate of speed. The Suspect drove towards the Victim, who was standing in the driveway next to a pick-up truck. The Victim began to run out of the way to avoid being hit. As the Victim ran across the sidewalk up to the front porch, the Suspect continued following the Victim in an apparent attempt to hit him. The Victim jumped out of the way to avoid being struck and landed on his knees and elbows. The vehicle struck a support for the front porch overhang and then struck the corner of the house. The Suspect then exited the vehicle and fled the scene.

The Victim received scrapes to his elbows and knees and advised his ankles and hips were sore as a result of the incident. After being checked by Polk County EMS the, Victim declined to be transported to the hospital.

The Victim advised the act of the Suspect attempting to hit him with the vehicle, placed in his mind a well-founded fear that actual violence was about to take place.

The Suspect acted in a willful and malicious manner causing extensive structural damage to the corner of the house with an estimated repair cost of over $1000.

The Victim signed a rights and certification insert.

After an extensive search, deputies located the Suspect at 1019 Powerline Road in Davenport.

The Suspect initially stated he stopped to ask for directions and someone hit him in the head with a beer bottle. The Suspect then refused to make any further statements regarding the incident and requested to speak to his lawyer.

Based on the investigation, the suspect was taken into custody and charged with Aggravated Assault with a Motor Vehicle and Criminal Mischief over $1000.

The Suspect was transported by Polk County EMS to Lakeland Regional Medical Center with injuries of an unknown origin, where he was held overnight for observation.”

The suspect was eventually released and transported to Polk County Jail. 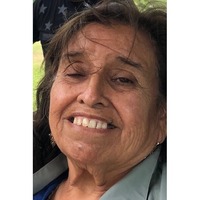