On Saturday, September 19, 2020, Polk County Sheriff’s Office deputies arrested a former PCSO emergency communications telecommunicator for one count battery domestic violence abuse (M-1) and one count false report to law enforcement (M-1).
29-year-old Candace Marshay Lewis was hired as a telecommunicator in August 2017. She resigned effective immediately upon her arrest – had she not resigned, she would have been terminated.
According to the affidavit, Lewis and the victim were involved in a verbal dispute on Friday evening about possible infidelity. Lewis decided to leave the residence and allegedly took $200 belonging to the victim without permission. Lewis returned to the residence the next day, and the victim asked Lewis about the money she took from him. Lewis then grabbed the victim by the shirt collar and began striking him on his face, causing minor lacerations.
Lewis was arrested and transported to the Polk County Jail. 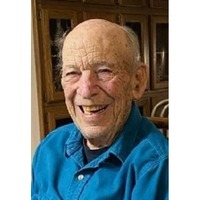