According to the affidavit, Cummingham and the victim were having a verbal argument in the parking lot of Defy (6220 US Hwy 98 North, Lakeland) when Cummingham punched the victim on the right side of his face. The victim was not seriously injured and refused medical treatment.

Cummingham was arrested and transported to the Polk County Jail where he was booked in and then released on a $500 bond.

Any questions about Cummingham’s employment should be directed to the Florida Fish and Wildlife Conservation Commission. 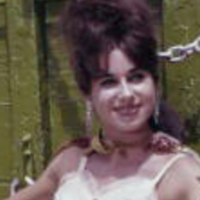