Two Lakeland men were killed, and another was injured Thursday evening, November 20, 2020, in a two-vehicle crash on US 98 at CR 540A in the Highland City area of Lakeland.

The crash was reported to the Emergency Communications Center (ECC) at about 9:46 pm. Upon arrival at the scene, deputies learned that two passengers involved in the crash were deceased: 34-year-old Christopher Lofton and 38-year-old David Weldon, both of Lakeland.

One of the drivers, 31-year-old Justin Mathis of Highland City, was transported to Lakeland Regional Health with facial injuries and was listed in fair condition.

The other driver, 59-year-old Daniel Mariscal of Tampa, was not injured in the crash.

According to the preliminary investigation, Mr. Mariscal was operating a green 1998 Freightliner truck with a 53’ box trailer. The truck occupied the right lane of southbound US 98, and had just begun accelerating through the intersection, after being stopped for a traffic light.

Mathis was driving a silver 2018 Chevrolet Silverado pick-up truck, and ran into the back of Mariscal’s trailer at about highway speed (this area has a speed limit of 50 mph). The right-front of the pickup became wedged under the left rear of the semi-trailer.

Mr. Lofton had been seated in the front right passenger seat and was wearing a seat belt.

Mr. Weldon was seated in the rear-right seat. Neither he, nor Mr. Mathis were wearing their seat belt.

The cause of the crash is still being investigated, and any charges are pending the completion of the investigation.

Southbound US 98 was closed for approximately four hours. 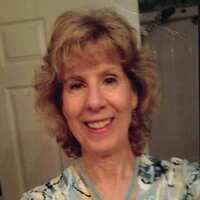