The Polk County Sheriff’s Office Traffic Unit responded to a vehicle versus pedestrian crash in Winter Haven last evening, during which the pedestrian was critically injured. Preliminary information so far is as follows:

Around 7:45 p.m. on Tuesday, January 5, 2021, 22-year-old Khalaya Clarke of Sebring was heading eastbound on Dundee Road approximately 50 feet east of Florida Drive in her 2014 blue Honda CRV when the front right portion of her car struck 30-year-old Edward Bracewell of Winter Haven, who was walking on the south side of the roadway along the fog line. During the impact, Bracewell’s head struck the CRV’s windshield and he was propelled onto the grassy shoulder. Clarke immediately stopped to render aid.

The area where the crash occurred has a 50 MPH speed limit, and is not illuminated with any artificial lighting. Bracewell was wearing dark clothing, and no reflective material. He was transported to LRHMC where he underwent surgery, and is in very critical condition.

The roadway in the area was closed for approximately four hours during the investigation. 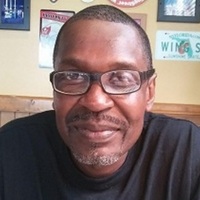