* Sheriff Grady Judd will brief media regarding the arrest of these two men. The men stole the bodies from Lake County graves.

Detectives with the Lake County Sheriff’s Office have been investigating the thefts from gravesites at the Edgewood Cemetery since the incident occurred on December 6. At the time of the initial processing of the scene, crime scene investigators collected items (to include cigars) that were left and sent those items off for laboratory DNA testing.

Detectives recently received information that DNA samples had been obtained from the cigars and that the samples were being submitted into the database for comparison. One sample came back as a match to 43-year-old Brian Montalvo Tolentino, who resides at 115 Walpole Loop in Davenport.

On January 6, Lake detectives contacted The Polk County Sheriff’s Office, whose detectives obtained a search warrant for mouth swabs from Tolentino for a direct DNA comparison.

Lake detectives then met with and interviewed Tolentino, during which he confessed to going to the cemetery with another individual, 39-year-old Juan Burgos Lopez, of 5170 Timberlane Road in Lake Wales, and committing the crimes. Tolentino stated that Lopez used a crowbar to open the vaults and then removed the heads of the deceased. He stated they removed four heads from the four graves and then returned to Lopez’s residence. He stated the heads were taken for religious practices.

Polk sheriff’s detectives were then able to obtain and execute a search warrant for Lopez’s residence last night in an effort to locate and recover any of the human remains. During the search, detectives located a total of six skulls, a hand, partial arm, and multiple other large bones within what appeared to be some sort of religious shrine. Lopez identified four skulls as being those obtained from the Edgewood Cemetery and stated the other two skulls were obtained from other practitioners. He also had an additional skull that he claimed was fake.

Both men were arrested on the Lake County warrants by Polk sheriff’s deputies and were transported to the Polk County Jail where they were booked in with bonds of $40,000 each. Both were charged with four counts of Disturbing the Contents of a Grave and four counts of Abuse of a Dead Human Body. Polk County Sheriff’s Office may be adding criminal charges for their jurisdiction as well. 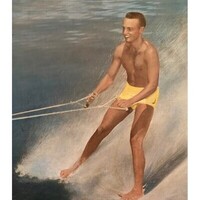