More than 25,000 historical items, many dating back to the 1850s, will be stored in a refurbished historic building named after the Lake Wales Historic Museum’s founder.

Mimi Hardman, the late Lake Wales museum director whose endeavors helped contribute to the city’s historic preservation, had her legacy honored through the naming of the Mimi Hardman Collections and Research Center.

The center resides within the former 1916 Seaboard Airline Freight Station. The building resided along the Seaboard Airline Railroad that helped bring people and resources to the city. It was later moved to its current location in 1994.

The former weigh station will now house the museum’s collection of more than 25,000 artifacts, documents, and other historical items, many dating as far back as 1852. As the center serves as an extension to the city’s history museum, it was named in honor of the person who founded.

“Mimi Hardman dedicated her life to the preservation of Lake Wales history and heritage,” the city’s website states. “As the founder of the history museum and champion for historic preservation throughout Florida, Mimi is the reason we now have an unparalleled collection of Lake Wales and Polk County materials in our collection, four historic buildings, three train cars, and five historic districts.”

Mimi Hardman and her legacy were honored during the officialdedication ceremony on Saturday morning. The event was hosted by museum staff and a few city officials, including head librarian Tina Peak.

Peak spoke on behalf of Deputy Mayor Robin Gibson, who was unable to attend due to him and other city commissioners being quarantined after City Mayor Eugene Fultz was tested positive for COVID-19.

As someone who has been tasked with aiding the city’s revitalization, Gibson knows that historic preservation is integralto any revitalization efforts, and thus how the local museum is vital in those efforts.

“Each of our historic building can tell its own story, and the combination of those stories can tell us our history, who we are,and where we came from,” said Peak, speaking on behalf of Gibson. “This building has its own story about our railroad heritage and how the railroads helped the development of the inland Florida peninsula in the early 20th Century.”

While the seaboard railroad tracks have since been uprooted and the sawmill and other settlements reliant upon those rails have since vanished without a trace, the weigh station remains as a reminder of the city’s past.

As such, it was only fitting that the building serves as the home for the many artifacts of the city’s history and heritage and named after the person who aided in the city’s historical preservation through the museum.

“I am sure Mimi would be proud and grateful for this moment and this very important dedication,” Peak said on Gibson’s behalf. “The collection and the research to be conducted in this building will help to preserve the other important stories which combine to form our history, who we are, and what brought us here to this moment in time. Thank you, Mimi. Your story continues.”

The center received more than $33,000 in donations from nearly 70 donors for its refurbishment, explained Travis Chapman with the Friends of the Museum, a local non-profit dedicated to supporting the city’s museum.

The new building is one of the many extensions and refurbishments accomplished through the museum within the past five years, thus indicating their mission to further the city’s historical legacy, explained Jennifer D’Hollander Museum Director.

JD Alexander, businessman and former Florida Republican politician from Lake Wales, mentioned how the new center exhibits the late Mimi Hardman’s dedication towards historical preservation. He spoke about how her love of the community drove her to preserve its history and heritage to bring the community closer together.

“I want to remind all of us to try and continue the legacy of Mimi Hardman in weaving together that fabric of community, of reaching out and supporting each other and trying to make this place not just a place on the map with a pretty building or a nice museum, but a true community, which is what Mimi Hardman was always about,” he said.

The Mimi Hardman Collections and Research Center is located at 104 S Scenic Hwy, Lake Wales, FL 33853. For more information, call 863-676-1759, or visit their website at: https://cityoflakewales.com/826/Mimi-Hardman-Collections-and-Research-Ce 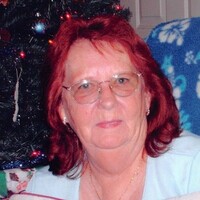