At around 11:30 p.m. on January 23, 2021, deputies found Reinert in the Miller’s Ale House (5650 Florida Avenue South, Lakeland) parking lot. She was sitting in the driver’s seat of her running 2011 Dodge Caliber and smoking what appeared to be a marijuana cigarette.

According to the affidavit, Reinert “placed a partially smoked possible marijuana cigarette on the roof of her” and “was uneasy exiting her vehicle.” She told deputies “she had cotton mouth from smoking cannabis in her car following a long day of work.” She also told deputies, “I knew I should have waited until I got home. I’m already guilty.”

Deputies tested the cigarette for marijuana, and it yielded a positive result that was higher than a 1% THC content.

Reinert was arrested for DUI (M1), Possession of Marijuana (M1), and Possession of Drug Paraphernalia (M1). Her criminal history includes an arrest for Armed Robbery and False Imprisonment. Reinert was released on a $1500.00 bond.

Reinert is an ESE middle school teacher for grades 6 through 8 at Stambaugh Middle School in Auburndale. 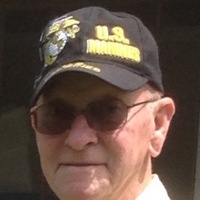