Two suspects with histories of shoplifting and theft, one of whom is on probation, were caught in the act of stealing hundreds of dollars’ worth of cologne from a CVS in north Lakeland on Sunday, January 24, 2021.

According to their affidavits, 60-year-old Darryl Barnes and his accomplice, 60-year-old Horace Martin, both of Lakeland, went into the store located at 6105 US Hwy 98 north that evening, and talked with the clerk at the counter where the cologne is housed.

Loss prevention personnel watched on video surveillance as Barnes asked the clerk to assist him in the aisle where razors are sold. After the clerk left the counter, Martin went behind the register and helped himself to several boxes of men’s fragrances, and then later the two suspects went to the back of the store and removed the security tags and wrappers off of them.

Loss prevention contacted PCSO before the pair could leave the store, and they were arrested without incident. The total value of the fragrances stolen is $485.00. Martin had a glass pipe with cocaine residue in his pocket.

“These suspects ironically stole several bottles of a fragrance called ‘Guilty’ – how fitting. Maybe they should instead focus on purchasing a new fragrance called ‘Reformed’ and give up their practice of stealing.” – Grady Judd, Sheriff

Darryl Barnes’ criminal history includes previous arrests for grand theft, forgery, and petit theft, and he’s currently on felony probation for petit theft 3rd or subsequent offense. His probation includes a 10:00 p.m. to 6:00 a.m. curfew. These thefts occurred at 10:56 p.m., in violation of his probation and his curfew. He told detectives he receives $797.00 per month in disability benefits. He’s been to state prison seven times.

Barnes is being charged with:

Horace Martin has a criminal history including robbery, sale of cocaine, grand theft, DWLSR, and petit theft, and has been to state prison nine times. He told detectives he receives $200.00 per month in EBT benefits.

Martin is being charged with: 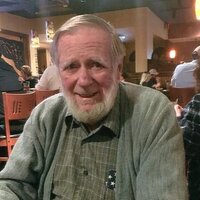