On Friday, February 26, 2021, detectives arrived at 25-year-old Eric Olson‘s Polk City home on DeRosa Road, and spoke with Olson about the allegations. During the conversation, Olson admitted to using his cell phone to download and view child pornography. He told detectives he’s been viewing child pornography since he was an adolescent.

During an on-scene preview of his electronic devices, detectives found 19 files of enhanced pornography, depicting children as young as two years old being sexually abused, and one file of child pornography of a child older than two years old. All of his devices were seized and will be examined – if any additional files containing child pornography are found, he will be charged accordingly.

“This man is a predator, and someone we might call a ‘poster child’ for the type of deviant who enjoys watching babies and toddlers being sexually abused. Based on the statements he made, he should never have access to children.” – Grady Judd, Sheriff

*enhanced child pornography meets one of the following criteria: 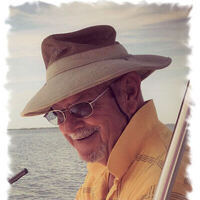