Even at the mature age of 101, Herbert Dixon plays golf two to three times per day. Occasionally, he even makes 27 holes in one game.

Ever since he was a young man, Dixon has played golf. He even had the honor of being inducted into three hall of fames, including the Black Golfers Hall of Fame.

He may have lived to be one year over a century, but Dixon remains committed to his golf game even far into his advancedage. Then again, he considers himself to be an old and a young man.

“I just live day by day, sunrise to sunset,” he said. “[I] always look at age [as] just being a number. It is not how old you are. It is what you can do when you get old. So I haven’t seen [any]difference in my livelihood. I play gold two to three times and week, and I take good care of this old body to the greatest extent.”

Dixon woke up early around 6 a.m. to drive from his home in Bartow to Clevland Heights Country Club in Lakeland to attend the annual Black Heritage Golf Scramble last Saturday.

For his long and fruitful golfing career, Dixon was honored with a proclamation and the Key To The City from Lakeland Mayor Bill Mutz. He was also honored with a plaque and a bottle of Jack Daniel’s during the award ceremony and reception following the event.

As for being able to live to see the age of 101, he owes his long life to eating right, staying away from unhealthy habits like smoking and drinking, and above all, learning when to yield to danger and walk away from trouble.

“I have been a helper in my life,” he said. “Sometimes, you have to yield in order to survive. At the same time, I often got into trouble, but I learned to yield and walk away. My philosophy is that it is best…to go about your business.”

More than 100 participants arrived at the annual black golf tournament hosted by the Central Florida Business Diversity Council. All attendees made their rounds on the Cleveland Heights County Club in Lakeland and enjoyed a barbecue dinner with all the fixings as served by the Clubhouse catering crew.

At the reception dinner and awards ceremony, three scholarships of $500 were conferred to three select individuals. Jessie Williams, 17, of Winter Haven High School, was one of those lucky recipients.

Williams plans on studying sports management at Miles College in Fairfield, Alabama. He expects to graduate with his bachelor’s degree and either play the professional golf circuit or get a job.

He has been playing golf since he was 8-years-old. He enjoyed participating in the golf tournament that morning, and he appreciated receiving a scholarship from their organization.

“I love being around people…like me to enjoy getting to play the game,” he said, mentioning how great it was to receive his scholarship. “It feels great. I know it will help me in the long run for college, short run, it will help me overall and further my education.”

The event was hosted by the Central Florida Business Diversity Council, with proceeds covering their major finances, from funding their scholarships to maintaining their Lakeland office.

Daryl Chopper, former president and advisor, was especially pleased with the turnout that day, especially during these uncertain times. He appreciates how people have traveled from across the state and even the country to participate in this event and support their cause.

“[I love] meeting all the diverse people who come everywhere, that support us,” he said. “I think looking at the crowd, and a diverse crowd, it is a success to know that we can draw in people from all over, from Augusta, Ga to Las Vegas and the panhandle to Miami, so we have a very diverse group from all over.” 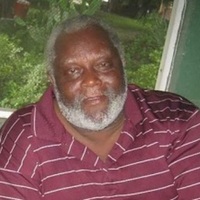