The Polk County Sheriff’s Office Traffic Unit is investigating a vehicle versus pedestrian crash that occurred during the early morning hours of Thursday, March 4, 2021, in Polk City. The following is preliminary information:

Around 2:15 a.m. this morning, the PCSO ECC received two calls regarding a pedestrian who was walking in the northbound lane near the 1500 block of County Road 559 in unincorporated Polk City.

The first call came in from a male driver who was heading northbound and had to swerve to avoid hitting 70-year-old Barbara Currier, who lives in the nearby trailer park. He successfully avoided hitting her, then made a U-turn in an effort to warn other drivers by flashing his headlights, and called PCSO at the same time. While reporting it to PCSO, he witnessed 26-year-old Ryne Guilaran of Polk City hit Currier with his blue Volkswagen Jetta. Guilaran immediately stopped and also called PCSO. Both drivers tried to render aid, but she was declared deceased on-scene. Neither of the drivers was injured.

Neither of the drivers exhibited any initial signs of impairment, but that is being investigated. Currier’s family was contacted and gave deputies information about why she might be walking in the roadway. She was not wearing reflective clothing. A photo from the scene is attached. The roadway in the area was closed for approximately three hours. 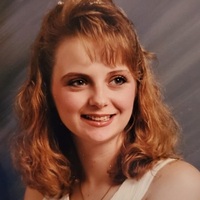