Even amidst an ongoing pandemic, Terry Bradley still draws in big crowds for his performances; and especially since COVID-19 restrictions have been slowly lifted, he has seen more and more people flocking to his concerts to hear live music.

His last big show drew in more than 2,000 people. The performance was an all-ages event at a stadium in Auburndale. He has performed other shows at venues big and small from Tampa to Orlando and everywhere else in between in Polk County.

Since the COVID-19 crisis, Bradley has still performed shows, both on-line and in-person. During that time, he has hosted 30 to 40 shows, and they all draw in large crowds eager to listen to anything to keep their spirits uplifted through these uncertain times, he said.

“Since COVID, I still have been able to perform and…[I] still draw in a big crowd, even when COVID is still here,” he said. “I was still able to do all types of venue, not just club scenes. I was still able to gain followers with everything going on.”

Born in Bartow and raised in Lake Wales, this local rap artist originally started dreaming about becoming an athlete. Before he began dropping beats, he was dribbling a ball with high hopes and aspirations of becoming a big-name basketball player.

While he was playing basketball, Bradley discovered another outlet through rap. He started rapping with his cousin, and soon his passion for music grew to the point where it overshadowed his former love for basketball. He then decided to drop the ball on his basketball dream and pick up a mic.

“I found another outlet for rapping,” he said. “I started rapping with my cousin. It was easier for me to catch their [the crowd’s] attention because they always follow me, and it turns out it was perfect for me because I make music and they have adapted to me.”

Bradley started rapping at age 24. Five years later, he’s still going strong writing and performing his own songs. He has released some of his music through videos on YouTube.

His cousin, Arthur Vaan, inspired him to make his career change. Under his rap name, Bone You A Fool, Arthur worked for many other artists as a producer, sometimes even performing with them.

Terry worked along his cousin, helping him to pass out flyers and put up posters for upcoming shows. Terry helped him out however he could, and he eventually received enough nerve and courage to start rapping himself.

“I have been working with him as a manager since he started,” Arthur said. “I have been like a guide, a mentor…We were working, and we are doing this together. [We’re] more like business partners…He was always there to help me out with that, my success around [my own career], [and] it grew traction for his success.”

Terry especially loves performing his music live in front of an audience. He has performed anywhere and everywhere, from wedding and sweet 16 birthday parties to football camps and concerts. He has even performed for Columbia Records and for a local radio station, 94.1 Wild in Tampa.

“The thing that I enjoy the most about the stage, I always bring energy,” he said. “Right now, I am pretty good. I am making more money. I am gaining more followers. Almost every show I have done has sold out.”

Arthur owes his cousin’s success to his ability as a performer. While most other rap artists simply rap, Terry goes above and beyond in his performance, to the point where he more than a rapper, Arthur explained.

More than simply his music and his performance, Arthur lauds Terry for his vision as an artist. Such bold artistic vision is what draws more than 2,000 adoring fans to his show, and he hopes that such a vision will allow him to peer into an even more prosperous future.

“His vision, he has an energy,” Arthur said. “It is fun making music with him. What makes him unique is his voice. He has a strong voice…He is the label. He is a listener. He cares about my vision and voice. He is easy to work it.”

No matter where he goes, he sees many people flocking to listen to his music and hear the message he has to deliver through it. Especially during these uncertain times, more people now more than ever want to have their spirits uplifted through good music, and musicians like Bradley are more than willing to deliver.

“They wanted me,” he said of his most recent performance in Auburndale. “Before my performance, they were excited. They were screaming and hollering. I feel like I am one of the top dogs who are being looked over.” 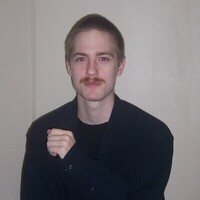