For nearly 40 years, Danny O’ Driscoll from South Carolina has been capturing wildlife’s natural beauty in his art. His artwork is so realistic that you can almost mistake them for photographs. But they’re not! They’re paintings.

Driscoll attributes his success in capturing attention to detail to his 40-years experience painting wildlife. He has been painting professionally for 15 years, 11 years of which were spent working for zoos and zoological parks across the country.

His experience has allowed him to study his subjects thoroughly and examine every minute detail, all of which are translated into photorealism upon his canvas. He then places his subjects against airbrushed backgrounds that are then sketched over to appear almost three-dimensional.

“They look photorealistic,” he said. “That comes from studying and research. You have to know your subject before you paint it. I learned that when I went into the zoological field. Nowadays, I go out and photograph, and I also do a lot of sketches.”

He has been attending the show for the past 15 years. He especially appreciated the high-quality artwork displayed this year, even despite these uncertain times. So being able to win first place felt like a real honor for him.

“It is really good because realism doesn’t normally win most awards…[so] it is nice that realism and naturalism have won an award for a change,” he said. “This year’s show has the best quality work I have seen for the longest time, which makes me humble thinking I can win the best of show against all this beautiful work around here.”

Ron Malone from Bartow won Judge’s Choice for his portraitseries, “Women in Hats.” True to its name, his series showcases 20 portraits of local women, predominantly African-American, all dressed in their finest hats.

Each of his subjects visited his home, where he conversed with them, took their photograph, and even recorded video footage of them. He wanted to do more than capture their likeness on canvas, he said.

“Each one, I didn’t just want to do a portrait,” Malone said. “I wanted to capture their personality.”

Malone has been painting for many years. He usually paints portraits of people in natural poses within natural settings. One painting of a local musician, Robert Rackleman, who passed away last December, he painted with him leaning against his banjo.

“A lot of people know him,” he said. “The people who pass by, they say I captured his impression. That is the way he was.”

This was the first year Malone attended the Victor Smith Central Park Art Festival. His visit more than exceeded his initial expectations, especially since he won such an honorable award for his work.

“I feel shocked,” he said. “I did not anticipate that. I did not plan on winning. I just like the experience for people to see them and the reaction people get. I like that.”

More than 40 vendors showcased their artwork over the weekend in Central Park in Downtown Winter Haven. For the past 43 years, the Ridge Art Association has been hosting this annual art festival to allows artists, both locals and visiting, to share their art in the community.

Christy Hemmenway, Executive Director of Ridge Art Association, and her team prepared to ensure attendees’ public health and safety. No children’s activities or live entertainment was provided to deter crowding, and vendors were set to ensure “social distancing.”

Even despite these uncertain times, the event proved successful,with many people visiting and artists experiencing great reception for their art.

“One artist told me she had done more yesterday in sales than she usually does two days at an art festival, so she was thrilled,” Christy said. “Several artists told me they had commissions moving forward, so they will be busy after the show fulfilling orders. So that is pretty exciting.”

The event was smaller and more concise than previous years, yet despite the odds, the show received a good turnout and reception, with high hopes for next year’s event.

“Next year, we will be back full force, and it will be fantastic,” Christy said. “The artists [this year] have been fantastic. Even one of my artists who did not win came over to me and told me this is one of the best quality shows we had in a while, so I am excited about that.” 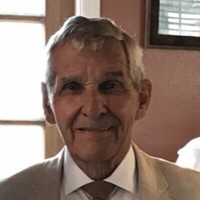