Fire It Up! Frostproof Fires Up for Fourth Year

Even without the barbecue competition, this year’s Fire It Up! Frostproof drew in plenty of people for a day of fun, games, food, and music. For the fourth consecutive year, the City of Frostproof hosted its annual outdoor festival at Henderson Field.

Unfortunately, this year’s event was unable to host its sanctioned barbecue competition. However, Fire It Up! Frostproof still moved forward as planned with various other outdoor activities, including food trucks, local vendors, carnival games, and live musical entertainment.

A Jeep show showcased more than a dozen Jeep vehicles on Henderson field, while the Central Florida Ski Team hosted a shore upon the waters of Lake Reedy. Young children could play around in the kid’s zone by playing carnival games, bouncing around in the bounce house, or sliding down a giant slide.

“It is pretty exciting to host this event, even without the barbecue competition,” she said. “I just want everybody to come out, get together, and have a great time.”

Leslie Brewer, City Council member, has been attending the local event since it started four years ago, ever since she first began serving on the City Council. She loves attending many local events, from the biannual street dance to Fire It Up! Frostproof.

“I love the local community events,” she said. “I love Frostproof. It is a great way to see people in town that you don’t normally see, and just support the different vendors who come out and basically a good way to socialize with people especially since we had to quarantine with the virus. It is nice to have some normalcy back in our lives.”

Stacey Gennie, Vice President of the Ladies Auxiliary Fire Department, attended with her fellow members to raise money and awareness for their city’s local fire department.

She has been attending the event for the past two to three years. Even without the barbecue this year, she and her team were able to enjoy the fun and festivities that day. She was even able to enjoy some Mexican food served by one of the vendors.

“The food and the people, they make it all worthwhile,” she said. “The weather is perfect, breezy, nice, everyone is coming out.” 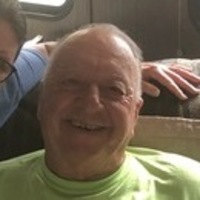