The past year may have left people feeling blue, but they can have their spirits lifted this Saturday at the 10th Annual Bluegrass and Blueberry Festival at Donaldson Park in Avon Park.

When not listening to hot tunes, attendees can also enjoy a hot meal with all of the fixings. The Avon Park High School Champions Club will be serving their traditional barbecue chicken dinner, and the signature blueberry lemonade will also be served.

This year, the lemonade will be prepared by Hands for the Homeless, who will also be serving their blueberry coffee cake. Proceeds from their food sales will go towards funding their community projects.

The Avon Park Rotary Club has organized the Blueberry & Bluegrass Festival for the past ten years. It would have celebrated its eleventh year last year, but it was canceled due to the COVID-19 crisis.

In 2011, the event was started for two reasons. First, to raise funds for the Rotary Club and its many community projects. And second, to promote blueberries, which were then a relatively new produce crop for Florida.

“We are trying to promote a good healthy Florida produce in a local industry,” Oldham explained. “At the time, we did not have an influx of imported blueberries from Chile and South America, and they were just getting underway with a new blueberry crop.”

During its inaugural year, the festival initially started at the Rotary Club building across the street from the post office. The inaugural event drew in such a large crowd that the festival was moved to Donaldson Park, where it has been hosted ever since.

The event initially started with two bluegrass groups, but soon expanded with many more. The Highway 41 South was one such group that has been coming back time and again for the past three years, mostly due to the warm audience reception and the overall good cause, Oldham explained.

“They support the work of Rotary, and they were popular with the local people, and so we brought them back,” she said. “They are delighted to be able to play in front of a real audience again, so it will be fun for them and fun for us.”

Proceeds from the event go towards the Rotary Club’s many community projects. One such project, Freedom Festival, provides a two-day trip to Washington D.C. for local veterans. Another project donates dictionaries to fourth graders at Avon Park schools, private and public.

Despite these uncertain times, hopes remain high that a good turnout will unfold this year, especially in light of the absence of last year’s event, Oldham said.

“We will have some happy vendors,” she said. “They are all excited that they have the chance to be out in the open and sell their products again because most of them are home arts and crafts people who have had no real outlet in the public directly during last year.”

The Avon Park Rotary Bluegrass and Blueberry Festival will be hosted on Sat., Apr. 24 from 10 a.m. to 4 p.m. at Donaldson Park, located at E Main St Avon Park, FL 33825. Admission and parking is free. For more information, visit their website at: http://www.avonparkrotaryblueberryfestival.com/ 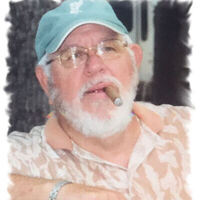